CDNF is a protein naturally present in humans. It was discovered by Professor Mart Saarma’s laboratory at the University of Helsinki and published in the leading scientific journal, Nature, in 2007. Based on this discovery, Herantis has secured worldwide patents for recombinant human CDNF (referred to as CDNF) and launched a pharmaceutical development program.

CDNF has a multi-modal mechanism-of-action by which it improves neuronal survival in Parkinson’s disease and other neurodegenerative diseases. A common feature with many neurodegenerative diseases is the disruption of proteostasis in the brain, resulting in a vicious cycle of pathological accumulation of protein aggregates, neuroinflammation and various forms of cellular stress. Eventually, this results in a gradual loss of neuronal connections and progressive neuronal cell death. 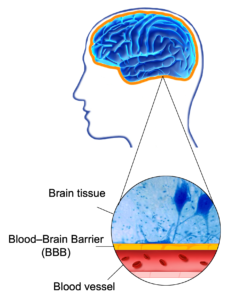 As a protein, CDNF has limited access from the blood to the brain due to the blood-brain barrier (BBB). Therefore, in the Phase 1-2 clinical study, CDNF was administered using a brain-implanted drug delivery device that directly targets the putamen, a specific nucleus in the brain that is affected in Parkinson’s disease.  However, this route of administration does not allow treatment of early-stage Parkinson’s patients, which would be the optimal patient population for a neurorestorative treatment aiming to rejuvenate the remaining dopamine neurons.